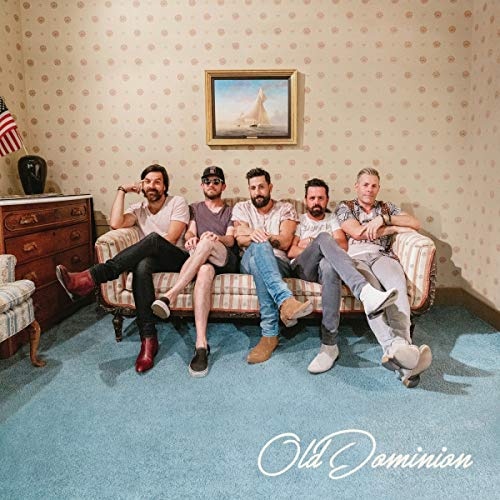 Stream or buy on:

Old Dominion decided to call their third album Old Dominion -- and to place their visages on an album cover for the first time -- because this is the album that "sounds the most like us." With this justification, the Nashville quartet may be trading in a time-honored tradition for self-titled albums, but there is some truth in how Old Dominion feels more like the work of a band than either of their previous records. It's a subtle change. Old Dominion are still working with producer/songwriter Shane McAnally -- at this stage, he's nearly a fifth member of the group -- and they still rely on soft surfaces and candied melodies. Danger isn't part of the group's vocabulary. When Old Dominion sing "We'll get tattoos and trash hotel rooms" on "One Man Band," the joke lies in how such recklessness is completely out of character; they'd rather stay in and cuddle by the fireplace. Such inherent sweetness isn't merely their signature, it's their strength, and the difference with this 2019 album is how the arrangements aren't as lush or slick as they once were. While the songs haven't gotten any tougher -- Old Dominion still favor refurbished soul grooves and sprightly pop, music that's built for comfort, not speed -- the rhythms are tighter and the tracks are designed not to slip into the background but to showcase their easy touch, sighing harmonies, and shimmering melodies. Old Dominion aren't ashamed that they provide music for romance and relaxation, and the fact that they don't seem to be trying quite so hard this third time around makes their eponymous album feel natural and, yes, more like themselves.